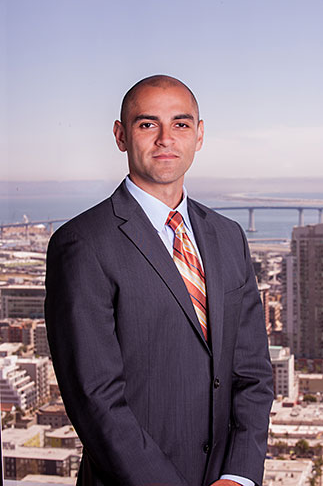 Amazon will donate 0.5% of the price of your eligible AmazonSmile purchases to Lokk for Epilepsy whenever you shop on AmazonSmile.

Koorosh founded LOKK LEGAL. He believed that the creativity, ingenuity, and hard work ethic of the entrepreneur and small business are the backbone of the American Dream. He saw how the costs and damages from legal disputes can cripple such a dream. He believed proper legal planning can prevent such pitfalls and had established a law firm to assist.

Koorosh had over 12 years of relevant business and real estate experience. Koorosh’s experience first started as an investor in 2001. In 2001 Koorosh was eighteen years old and with the money that he saved working 30 hours a week while going to school, he purchased a two bedroom condominium in the Financial District of San Francisco. He later turned that condominium purchase into two,  which turned into four,  then eight properties.

Koorosh did not spend all his time investing however,  and at the same time he pursued his higher education studies. He obtained his Bachelors of Science in Business Administration with an emphasis in Marketing from California State University East Bay when he was 21. He then obtained his Juris Doctorate Degree when he was 23, passed the California Bar that June and then immediately went and obtained a post doctorate degree called an LL.M from University of Miami School of Law in Florida so he could specialize in real property transactional work. He paid for all of this schooling himself.

Koorosh’s work experience included some of the largest law firms in the world and some of the largest corporations in the world. He has assisted in drafting loan documents for Met Life while at Holland and Knight, a top 100 law firm. He then assisted in drafting lease and purchase agreements for Burger King while at Greenburg Traurig, another top 100 law firm.

Koorosh then moved back to San Diego and obtained a position as an Assistant City Attorney where he represented Centre City Development Corporation (CCDC), Southeastern Economic Development Corporation (SEDC), and the Redevelopment Company of San Diego in their efforts to redevelop and improve San Diego. He drafted agreements for many of the recognizable buildings and organizations in downtown San Diego. Some examples you might recognize are 1050B Street, St. Vincent De Paul, and Father Joes Villages. He also advised the San Diego City Council and the Redevelopment Agency Board on the legal ramifications of their agreements they entered into at City Public hearings.

Koorosh thereafter moved to the Khashayar Law Group where he gained invaluable experience in the courtroom. At Khashayar Law Group, Koorosh experienced first hand what a client could pay in damages, costs, fees, and legal expenses if they don’t plan ahead. Koorosh argued contract disputes in open court, mediation, obtained damage awards for his clients for breaches of contract and obtained reversals on appeal for improper interpretation of California Supreme Court Cases and Statutory law by the trial court.

Koorosh has founded LOKK LEGAL, was a Managing Partner and served as San Diego Business and Real Estate Attorney until he passed away in September 2015.

In honor of Koorosh Khashayar, a non-profit organization have been opened that is dedicated to raising money for epilepsy research. We are not alone for the fight against this disease and together we will make sure something good comes out of his passing. Please go to lokk4epilepsy.com and donate for this cause. Together we can make a difference, please also share this with as much people as you can, we need to get the word out about this disease. Koorosh Khashayar was an amazing man, who donated to many different causes; unfortunately epilepsy is what took him from us.

I’ve found Koorosh to be a consummate professional and an exceptional real estate and business attorney. We currently co-counsel on a few matters involving Koorosh’s clients here in Florida and we also attended Miami Law’s Real Estate LL.M. Program together in 2008. I highly recommend Koorosh to potential clients.

I endorse Koorosh. I have known him for a few years and he has demonstrated excellent ability, dedication, and ethical standards. I recommend him for someone looking for a business and/or real estate attorney.