Together, the sister firms of Khashayar Law Group and LOKK Legal represent clients for wide range of legal needs, both litigation and transactional. The relationship of the two firms provides continuity and unique insight for clients with diverse needs.

Khashayar Law Group (or “KLG”) was founded by managing partner Daryoosh Khashayar in 2011, focusing on complex litigation in both civil and criminal matters. Since then, Mr. Khashayar and KLG have achieved distinction for zealous representation that achieves results. Mr. Khashayar thrives in the courtroom and his penchant for taking tough cases to trial is now well-known. Indicative of this are his litigation successes against large corporations and insurance companies, including Century 21, KB Homes, Wal-Mart, First American Title Co., Progressive, Lloyds of London, Geico and Costco. In December of 2016, Mr. Kahashayar obtained the largest verdict (non-class action) in San Diego history – a $61,587,000.00 victory for his client.

But Daryoosh was not the only one in is family with high legal aspirations and a drive for success. Daryoosh’s younger brother, Koorosh Khashayar, also had a passion for law, achieving his Juris Doctor at the age of 23, then going on to obtain an L.L.M. in real estate. He paid his way through school from real estate investments he had made as young as 18 years old. Koorosh gained experience working at two top 100 firms, then as an Assistant City Attorney where he represented Centre City Development Corporation (CCDC), Southeastern Economic Development Corporation (SEDC), and the Redevelopment Company of San Diego in their efforts to redevelop and improve San Diego. He then went on to found his own firm in 2013, the Law Office of Koorosh Khashayar, known as LOKK Legal, focusing on business and real estate transactions.

Sadly, epilepsy took Koorosh just when he was achieving great successes as managing partner of LOKK Legal, and he passed away in 2015. Daryoosh decided immediately that he would carry on his brother’s vision and legacy through LOKK Legal, and he took over as the firm’s managing partner. He also founded LOKK 4 Epilepsy in 2015, a non-profit dedicated to epilepsy research and awareness.

Daryoosh now runs both firms, with Khashayar Law Group centered mostly on civil litigation, and LOKK Legal on business and real estate transactions. Clients of both firms, however, get one united team with expertise in both areas and representation for a wide array of matters. Together, both firms cover a wide range of legal matters such as personal injury cases, construction defect matters, business disputes, boundary issues, entity formation and corporate governance, business purchases and sales, mergers and acquisitions, industry compliance, commercial and residential purchases and sales or leases, title issues, and homeowners’ association disputes. Contact us at: 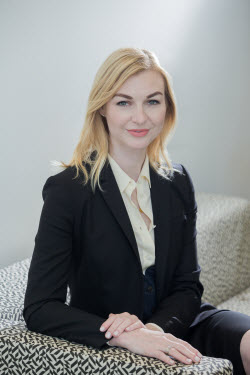